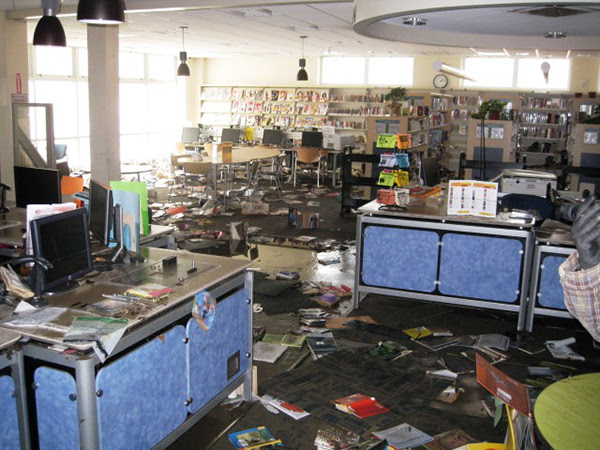 
On April 18, Queens Library celebrated the
grand re-opening of its library in Arverne, one of four on the
beachfront peninsula known as “the Rockaways.” Members of the community
and elected officials crowded the rebuilt library to marvel at how
wonderful it looked and to trade memories about the dark weeks following
Superstorm Sandy. Queens Library at Arverne was one of four Queens
Libraries devastated by the October 2012 hurricane. Storm surge 4 feet
high ruined the walls, furniture, computers and all electrical wiring.
The community residents fared much worse. Economically challenged before
the storm, they depended on their library for after school enrichment,
computer access, job skills training, so much more.

The Arverne library – after the hurricane. Read more...

Posted by Stephanie L. Gross, Librarian at 9:54 AM