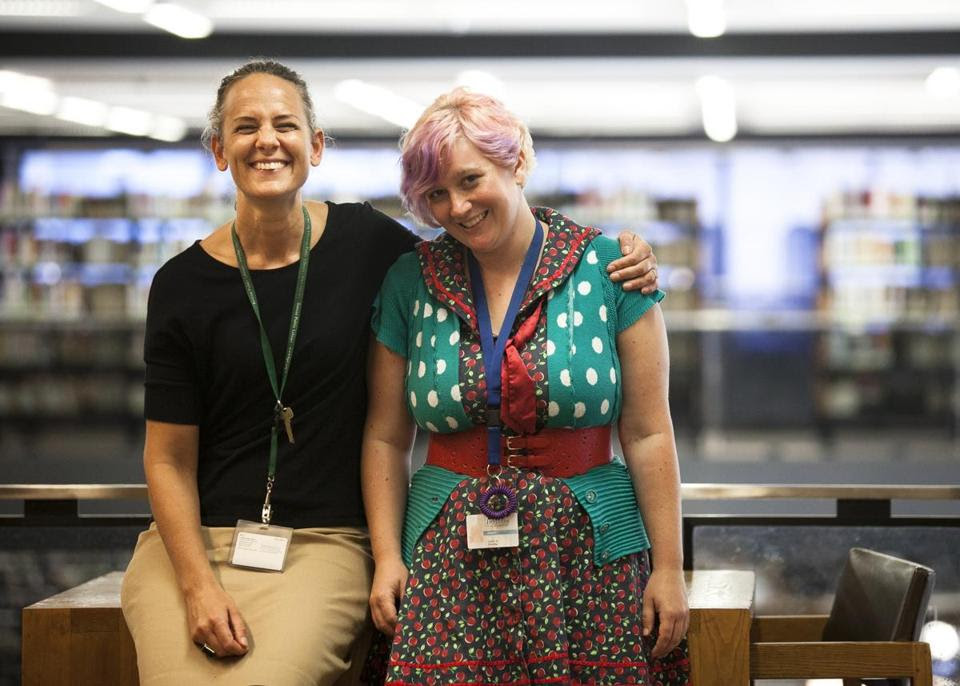 Juliette Lynch for The Boston Globe

On a cool morning a few weeks ago, Maya Escobar noticed a young woman tentatively looking around Cambridge Public Library’s Teen Room. Escobar offered to help, and the hoodie-clad teen said she was looking for “Gossip Girl,” a best-selling series about the romantic escapades of wealthy boarding school students that had been adapted for TV.
Escobar, a teen-services librarian sporting a lock of dyed pink hair, headed for the stacks. But the young woman was out of luck: “Gossip Girl” had been checked out. Escobar chatted with her a bit longer, and the teen left with several recommendations for books — and an application for a library card.

Escobar is one of a mushrooming corps of librarians in Greater Boston working to put books in the hands of young readers. She is part of an increasingly visible group that has almost doubled in size in the past 13 years. At 5,200 members, the Young Adult Library Services Association is the fastest-growing professional organization in the field.

“Teen services have exploded in the last decade,” says YALSA president Shannon Peterson. She attributes the increase in part to the relatively large size of the current teen population in the United States. Read article...