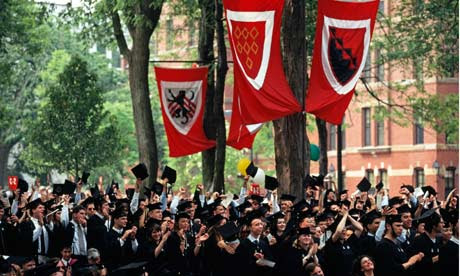 A memo from Harvard Library
to the university's 2,100 teaching and research staff called for action
after warning it could no longer afford the price hikes imposed by many
large journal publishers, which bill the library around $3.5m a year.

The
extraordinary move thrusts one of the world's wealthiest and most
prestigious institutions into the centre of an increasingly fraught
debate over access to the results of academic research, much of which is
funded by the taxpayer.

The outcome of Harvard's decision to take
on the publishers will be watched closely by major universities around
the world and is likely to prompt others to follow suit. Read more...

Posted by Stephanie L. Gross, Librarian at 10:08 AM