How to Land a Library Job

How to Land a Library Job

The library job market may finally be heating up, but so too is the competition for those jobs

By Brian Kenney |
I don’t claim to be an expert in much, but when it comes to securing a library job I’ve got hard-won advice worth sharing. For much of my career I suffered from a kind of librarian wanderlust, switching jobs every two or three years, which pretty much means that I spent my first 20 years in this profession engaged in a continuous job search. But I’ve also put in plenty of time on the other side of the interview table, having hired scores of librarians while managing libraries large and small, as well as hiring librarians as editors, back when I worked in publishing.

Although the economy is slowly climbing out of its sinkhole, don’t expect finding a library position to get easier any time soon. State funding is under pressure, and local funding—which now makes up nearly the entire budget of your typical public library—remains flat at best. Although there are more job openings in 2013 than in previous years, there is also more competition for those positions. Jobseekers, especially those looking for their first librarian positions, need to have their game faces on. Read article... 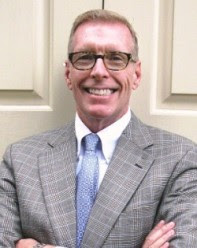